You are here: Home / Military / Scocos testifies at confirmation hearing 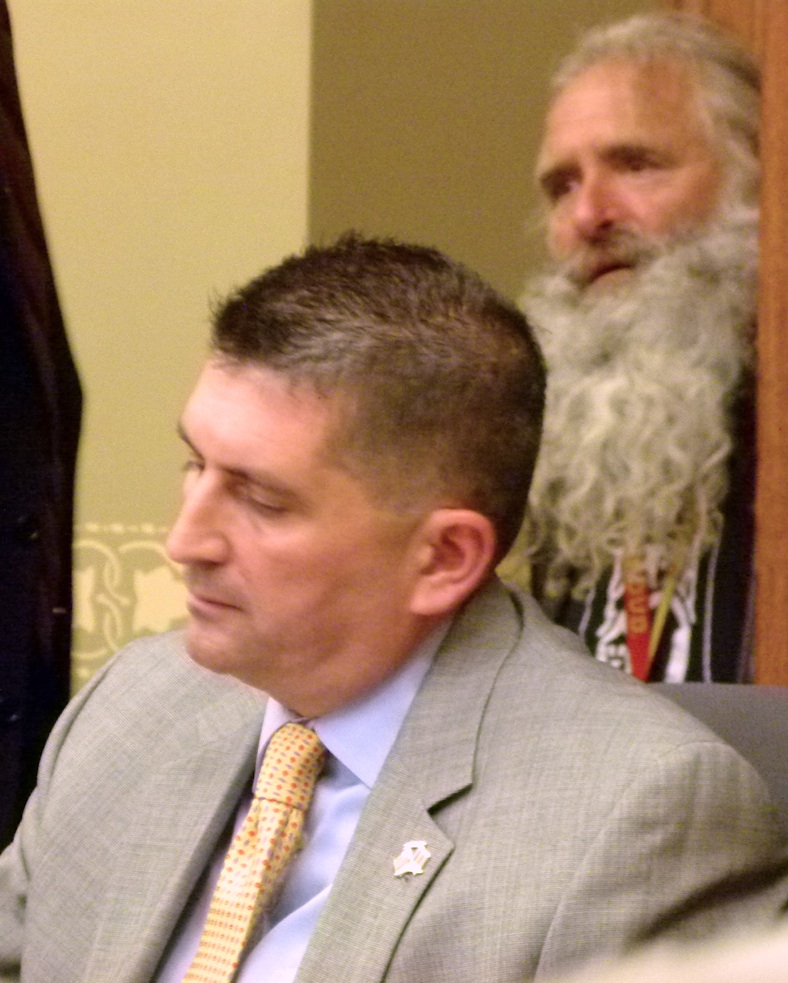 The governor’s pick for Veterans secretary says he’s looking forward to the challenge.

A Senate committee hears public testimony on whether to confirm Governor Scott Walker’s appointment of John Scocos to Secretary of Wisconsin Department of Veterans Affairs. Panel member Senator Lena Taylor (D-Milwaukee) asks whether Scocos can effectively lead the very agency he’s suing for his termination upon his return from Iraq.

Scocos says “I don’t think I’d ever go back on litigation now because I believe it’s in the rights of all veterans when they return from serving their country, whether unclassified or classified authority, no one has the right to turn them down. So I stand by that and will continue with that position. It’s not just about me; it’s about veterans in general.”

Taylor also asks about the significance of recent resignations — Veterans Board member Pete Moran stepped down last month, and former Scocos executive assistant Anthony Hardie on Tuesday specifically mentioned Scocos’ nod as the reason for his departure from the state Council on Veterans Programs. (Neither testified in opposition to Walker’s selection at the public hearing. Hardie says in an email: “Regrettably, I was unable to attend today’s confirmation hearing for WDVA Secretary and Board nominees in person due to serious health issues.” Testimony, Letter of resignation.)

Scocos says he plans to work with everyone regardless of political affiliation or conflicting opinions; he adds that serving veterans has been a life-long mission for him. “My passion for veterans issues started when I was young. My father being a disabled veteran and a former prisoner of war.”

The agency is the subject of much controversy, including political infighting, a state audit showing deficiencies of the Wisconsin Veterans Homes, and the recent discovery of improperly disposed personal trash buried at the Southern Wisconsin Veterans Memorial Cemetery.

The Senate Committee on Veterans and Military Affairs heard testimony on six appointments, including two new Veterans Board members.