You are here: Home / News / Halloween makes a killing in retail sales 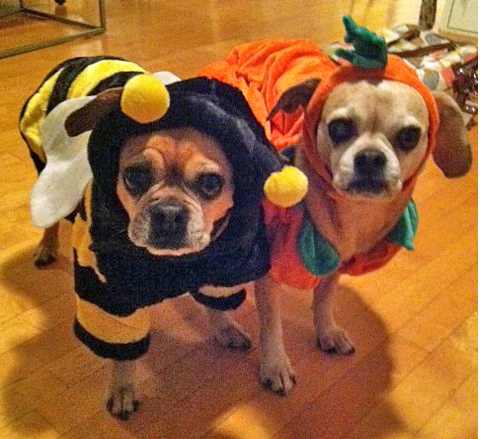 About $310 million is spent on pet costumes this year. (PHOTO: Brian Moon)

Almost $7 billion is expected to be spent on Halloween this year, up from $5.8 billion last year, according to the National Retail Federation. Revenue for retailers is up well over 100 percent from a mere $3.3 billion spent in 2005.

Doug Johnson, Madison-based national and state retail analyst for more than 30 years, says the holiday is a great stress release for adults during the down economy. “Halloween has become more popular because of the relative low costs and the escape from daily worries and a chance to be a kid again.”

An average household will spend $72, an increase from last year’s average of 66 bucks. In addition to decorations, costumes, candy, and greeting cards, revelers will spend lots of money on pet costumes — $310 million.

Johnson says at a total of $7 billion, Halloween spending is still small when compared to $400 billion for Christmas, but it’s a quickly growing retail event. “Number one is Christmas, number two is back-to-school, number three is Thanksgiving, number four is Halloween, but Halloween is sneaking in.”

As a bonus, Johnson says Halloween is a major indicator of upcoming consumer spending for the end of year holidays. “This is not only good for state and local and national retailers for sales now, it’s a harbinger for what we are hoping are even stronger sales for the holidays.”

Average spending for Christmas last year per person was $700, while Mother’s day individual spending was just short of $130 and Halloween is expected to be $72. No mention of Father’s day.

Breakdown of the $7 billion in Halloween sales: