You are here: Home / Health / Medicine / Medicinal pot gets another hit at the Capitol 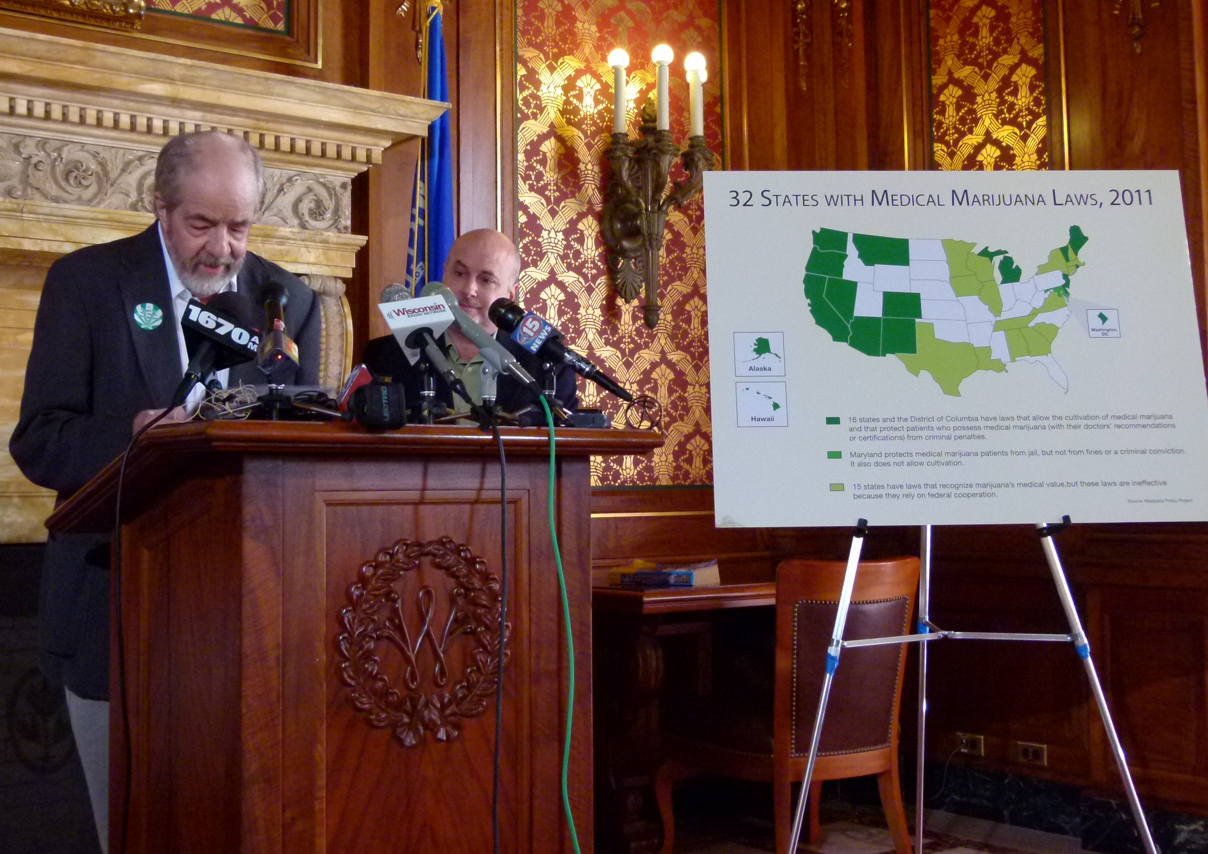 Two Democrats are trying yet again to legalize marijuana for those suffering from chronic pain and illness. Representative Mark Pocan (D-Madison) insists there is “overwhelming public support” for what he calls the “compassionate use” of pot, although he admits it has little chance of passage this legislative session. “There’s no question in my mind that someday we will have it in Wisconsin, but we have to keep putting it out there to keep gaining the support.”

Pocan along with Senator Jon Erpenbach (D-Middleton) sponsored the Jacki Rickert Medical Marijuana Act in 2010 but it failed, despite Democrats controlling both houses of the legislature and the governor’s office. This new proposal is unlikely to pass any time soon, but Pocan says support is growing statewide and nationally. “There are 16 states and the District of Columbia that have legal medical marijuana. When we first started talking about this when it was my bill in 2001 there were only eight states that had this; we’ve doubled in the last decade the number of states that have legal medical marijuana.”

Under this bill, users with a doctor’s prescription would be protected from pot-related prosecutions and property seizures. Also, patients would have a state ID card to purchase medicinal marijuana from sellers registered with the state health department. Opponents worry the measure would create a slippery slope toward the full legalization of the drug, and they say there are legal alternatives to combat pain. The lawmakers are seeking cosponsors.