You are here: Home / News / Falk throws her hat into governor race 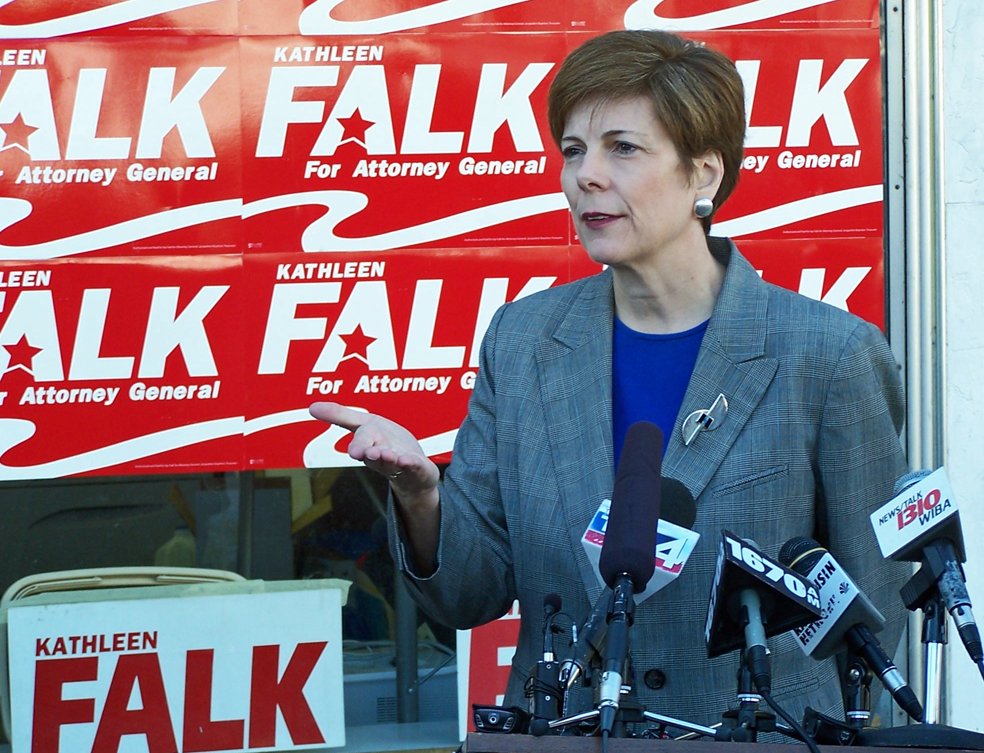 Former Dane County Executive Kathleen Falk (1997-2011) is the first Democrat to officially declare her candidacy for governor — just one day after organizers submitted over a million signatures to recall Republican Governor Scott Walker.

Falk accuses Walker of dividing the state, and believes she can unite Wisconsinites. “From the very beginning Governor Walker was not honest with voters on what he intended to do. And then over this last year he has just divided us in a way that is so unlike Wisconsin with family member against family member.”

Falk has twice run unsuccessfully for statewide office — for governor in 2002 and for attorney general in 2006. “You know, those are the Republican talking points.”

Running for political office is a grueling effort, involving lots of negative rhetoric and even more money. Falks points the finger at Walker, saying he and his Republican supporters will pull out all the stops. “And we know they’ll have a whole lot of money. He’s already shown by his massive fundraising, and the large part from out-of-state billionaires … I’m just a granddaughter of a bus driver from Milwaukee, Wisconsin; I don’t have that wealth.”

Falk says she’s ready for a Democratic primary. “I am grateful to live in a country where we have a democracy that lets people run and that people — our citizens — get to choose.”

Governor Walker has a different view of the negative attacks. “The irony is for all the people who complain about what they perceive as division in this state … it is those very people who are the ones driving that.”

A recall election won’t be official for months; the GAB will need time to review the signatures.