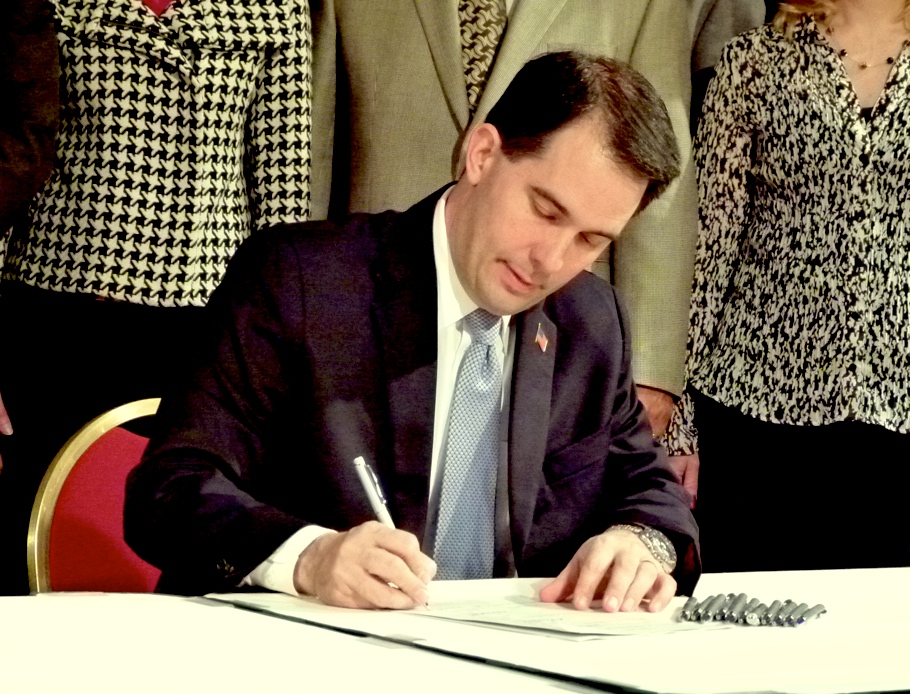 Republicans and business groups support the bill that makes it easier for developers to get construction permits on wetlands by relaxing restrictions. Supporters say it would create jobs.

Governor Walker says there’s got to be a “common sense balance.” He says, “Certainly I want clean air, clean land, clean water.” While Wisconsin’s number one industry is manufacturing Walker says, “You know what number two and number three are? Agriculture and tourism.”

Walker insists it’s a good piece of legislation that balances economic growth with wetland preservation; he says it doesn’t make sense to compromise environmental issues for the sake of one industry at the detriment of others. He doesn’t want to “have an ill-effect on our farmers, on our tourism activities, our conservation activities out there. We wanna have great land and great property and great assets out there.” He says this bill provides a balance between the two.

Wetlands help preserve flood control and provide habitat for wildlife. Those wanting to build specialized projects would have to file mitigation plans with the state DNR. The builders would have the option of replacing the wetlands they destroy.

Rep. Kelda Helen Roys (D-Madison) says the signing of the wetlands bill “was a gift-wrapped giveaway to (Governor Walker’s) special interest contributors, including the Wisconsin Realtors Association.” She adds, “It is shameful to dismantle our environmental protections at the behest of corporate interests.”

Walker signed the bill at a meeting of the Wisconsin Realtors Association in Madison after touting its benefits. While some might say he’s “preaching to the choir,” Walker says that’s because he wants them to sing his praises. Walker didn’t mention the possible recall election against him by name, but it was implied.