You are here: Home / Packers / Jennings should reap rewards from recent WR deals 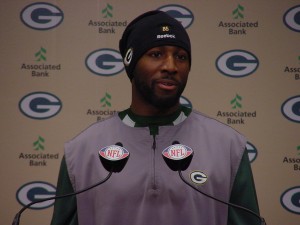 The latest deal is by far the biggest after Detroit gave receiver Calvin Johnson a reported 8-year deal worth $132-million with $60-million in guarantees.

So what does that deal and a number of others mean for Green Bay Packers wide receiver Greg Jennings?

Well, it’ll likely mean that Jennings asking price will go way up.  His contract expires at the end of the upcoming season.  He’s certain to be looking at a huge bump in pay.  The question is, will the Packers be able to afford that bump?

Just how well Randall Cobb and Jordy Nelson continue to develop could depend just how much the Packers might be willing to pay.