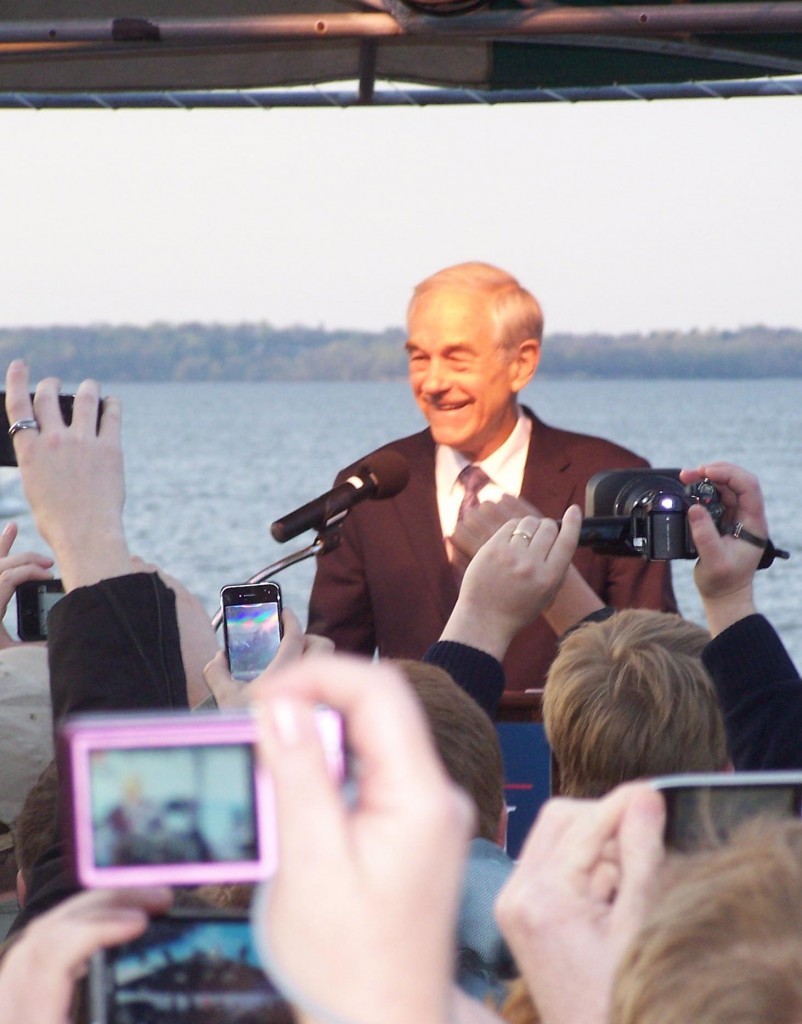 Paul blames the mortgage meltdown on the government forcing banks to make bad decisions and policies from the Federal Reserve that created an artificial fluctuation in the market. He believes in returning the US economy to the gold standard and abolishing the Fed, saying its policies lead to the destruction of the middle class.

Paul is well known for his stance to end the War on the Drugs. The physician says tolerance of drug use is not endorsement of it, but believes it’s not right for the government to dictate what an individual puts in his-or-her body: “I’m so convinced this is a good idea, I’d even let you drink raw milk if you wanted to.” The crowd cheered.

Congressman also mentions his strong non-interventionist stance on foreign policy and opposition to the Patriot Act.

When asked by reporters what he thinks of Governor Walker, Paul responds he would only be able to give “superficial comments,” but he knows enough to say Walker is trying hard to “change things in a positive way.” Paul also says he’d “certainly consider” supporting Walker during his recall campaign.