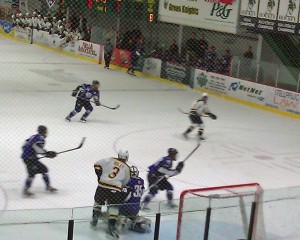 AUDIO: Tim Coghlin says they don’t talk about their record when leading after two periods :25