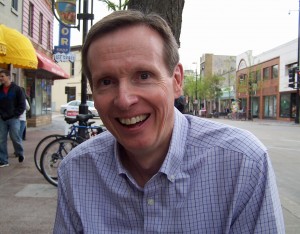 Wisconsin has never seen the sort of out-of-state spending on politics that the wave of recalls has produced. Mike McCabe with the Wisconsin Democracy Campaign says up until recently, outside spending of around ten percent would have been a big deal – but Governor Scott Walker’s latest campaign finance report shows he’s getting 61 percent from out-of-state contributes. “We’re really in uncharted territory here,” he says. “And when you look at the outside groups that are sponsoring their own advertising, almost of their money is coming from outside Wisconsin.”

Right now, most of the out-of-state spending is supporting Republicans – although Walker has contended that unions at the national level are bankrolling the recall. “I think right now the governor is just blowing smoke. Right now the fundraising and spending is pretty lopsided in favor the governor and the Republicans,” says Walker. “I expect that to even out over time, and I expect a lot of outside money to come in on the Democratic side, because it did last summer.”

McCabe notes the biggest recall group, One Wisconsin Now, spent more than $10.5 million on last year’s state Senate recalls, nearly all of it raised out-of-state. And what does this frenzy of fundraising mean? McCabe predicts we’ll see “wall-to-wall” television ads in the run-up to the recall.