You are here: Home / Agriculture / DATCP, others inform farmers of aid 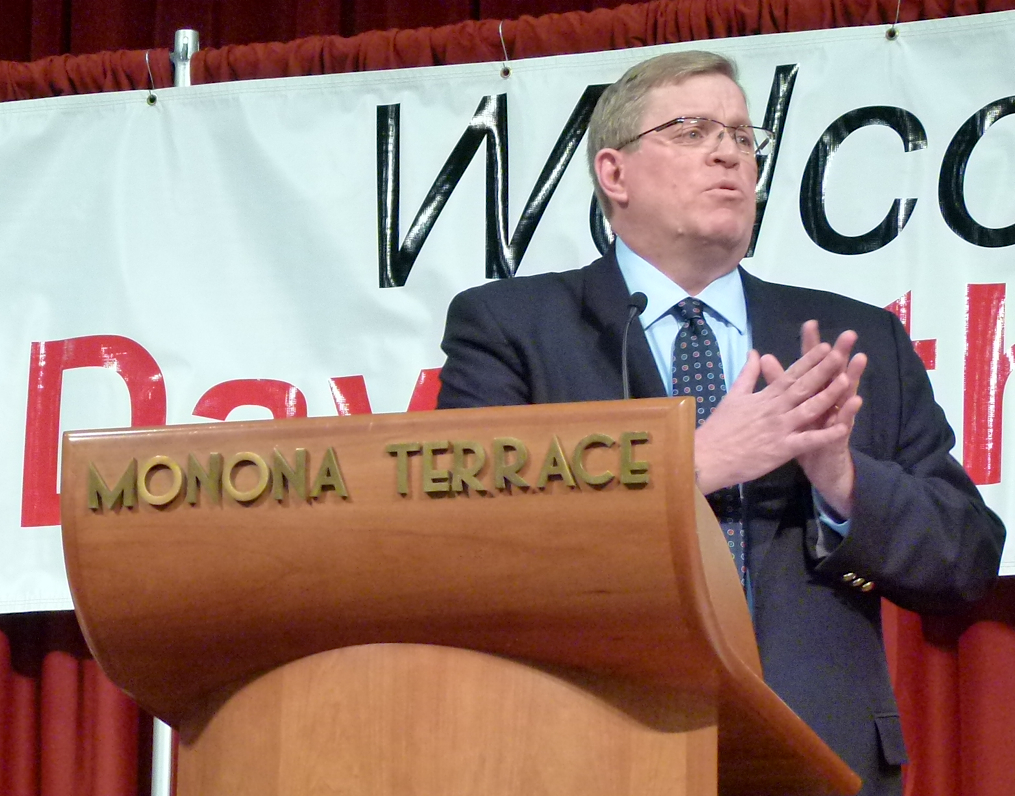 Agency heads are touring the state, talking with farmers about their needs and concerns.

State officials want farmers to know that help is available to them during this statewide drought. Department of Agriculture Deputy Secretary Jeff Lyon says it’s important to repeat the message to farmers in drought-stricken parts of the state. “It needs to be a constant message out there that says we have these tools available for you; use them if you need to.”

Tools, Lyon says, including having the Department of Natural Resources open up some CRP (conservation reserve program) land to farmers for haying and grazing. Also, the Department of Transportation has raised road weight limits to make it more economically feasible to transfer heavier, but fewer loads.

The Farmer to Farmer Hay, Forage and Corn List puts Wisconsin farmers in touch with other farmers for the purpose of buying and/or selling corn and forage. Lyon says this is yet another tool farmers have available to them.

The governor has declared a drought emergency in all Wisconsin’s 72 counties and, just last week, the U.S. Department of Agriculture declared 23 counties in southern Wisconsin a natural disaster area, opening the door for farmers to get low-interest emergency loans. “A lot of that, though, won’t happen until the end of the growing season,” Lyon says, “because you’re going to have to first formally determine that you’ve had the loss in crops.”

In addition to the 23 counties, there are eight contiguous counties to the disaster area, which are also eligible for help. Lyon suggests farmers call the Ag Department’s Farm Center (1-800-942-2474) for advice or answers to their concerns.

The drought across southern Wisconsin was upgraded last week by the U.S. Drought Monitor from severe to extreme.

Under-secretary Michael Scuse of the U.S. Agriculture Department will visit Wisconsin on Wednesday and Thursday to get a look at the crop damage.