You are here: Home / Badgers / Badgers start without Ball 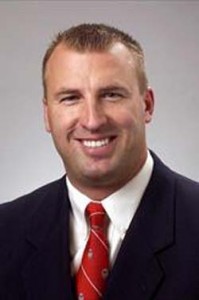 fall camp yesterday.  Ball isn’t expected to be there for much of the week either, but he is expected to be ready for the start of the season, Sept. 1 against Northern Iowa.

AUDIO: Bret Bielema is in no hurry to get Ball back on the field :15

The website TMZ has previously reported that Ball was involved in a July fight that left one person injured and could have led to his being attacked by five men last week.

Ball denied any involvement when asked by his coach.  Bret Bielema said he’s not afraid to discipline anyone.

AUDIO: Bret Bielema said he’s not afraid to discipline anyone :25

Bret Bielema didn’t specify the reason for the absence of the three players.  He declined comment when asked if there is a link between their absence and the recent fight involving UW players.