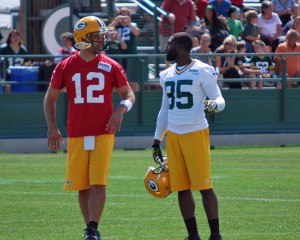 Greg Jennings as the practice week moved on, most likely Friday, to see if he’s ready to play Sunday against Jacksonville.

Wednesday, it was revealed that Jennings is concerned about how long it’s taking for his groin injury to heal, so he’s seeking a second medical opinion this week.

Jennings has missed four of the last six games, including the past three, because of the injury he first sustained in the season opener against the 49ers.

There’s no timetable for Jennings return.