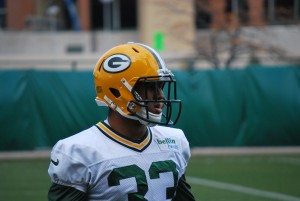 Saine sustained a knee injury at Houston on Sunday night.  He appeared in all six games this season.

White is a second-year player out of the University of North Carolina who was drafted by Buffalo in the fifth round of the 2011 NFL Draft.  He appeared in 12 games for the Bills as a rookie last season, picking up 38 yards on 12 carries (3.2 avg) and five tackles on special teams.  He played in three contests for the Bills this season, rushing for 34 yards on 8 carries (4.3 avg.).

White will wear number 34 for the Packers.