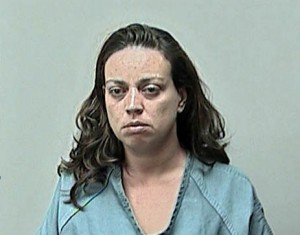 Dane County Sheriff’s detectives have arrested a rural Marshall woman in connection with the death of her two year-old daughter who swallowed gasoline. The sheriff’s department said Thursday’s arrest of 35 year-old Connie M. Hartmann followed a lengthy and extensive investigation.

On Sunday, May 6th, deputies and EMTs from Marshall and Madison responded to a residence in the Town of Medina. The 2 year-old girl and her 4 year-old brother were transported to local hospitals, after being found in a vehicle, both smelling strongly of gasoline. The girl was found unconscious, the boy conscious but extremely ill. Lifesaving efforts were performed both at the scene by paramedics and at St. Mary’s Emergency Room in Sun Prairie, but the 2-year-old female was pronounced dead at the hospital. The boy was admitted to UW Hospital, where he stayed for several days. Upon his release, he was placed in foster care, where he remains today.

Based on autopsy results provided by the Dane County Medical Examiner’s Office, and statements made by both Hartmann and others living in the home, Sheriff’s detectives and the Dane County District Attorney believe they can show the children were victims of child neglect. Hartman faces felony charges of Child Neglect Causing Death, and Child Neglect Resulting in Bodily Harm.

As detectives were making plans to arrest Hartmann on Thursday morning, they learned that she had been brought to jail at approximately 3:30 a.m. following a domestic incident which resulted in her receiving tentative charges for Battery and Disorderly Conduct.