Minor League Baseball announced the Wisconsin Timber Rattlers are the 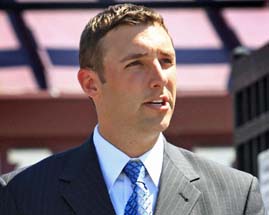 The Timber Rattlers are the Midwest League affiliate of the Milwaukee Brewers.

Minor League Baseball President, Pat O’Conner said, “Wisconsin’s use of various social media to promote themselves, especially through their mobile web site that allows fans to interact during games, as well as throughout the off-season, merits their selection as the winner of the Larry MacPhail award.”

The trophy will be given to Timber Rattlers president Rob Zerjav at the Baseball Winter Meetings in Nashville, Tennessee on Thursday, December 6.