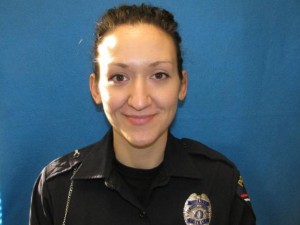 Police have arrested the husband of murdered Wauwatosa officer Jennifer Sebena, who was found shot to death early Monday morning in the Milwaukee suburb. Benjamin Sebena was booked into the Milwaukee County Jail on Wednesday night on a possible charge of first-degree intentional homicide, in connection with the death of his wife on Christmas Eve.

The state Division of Criminal Investigation says more information on the case will be made available after the district attorney’s office files formal charges against the 30-year-old former Marine and Iraq war veteran.

Jennifer Sebena’s body was found near Wauwatosa’s downtown fire station on Christmas Eve. Her fellow officers started looking for her two hours after she failed to respond to a radio call. The 30-year-old had been shot multiple times.

The fallen officer’s funeral will take place this Saturday in Brookfield.