You are here: Home / Health / Medicine / Walker will turn down Medicaid money (AUDIO) 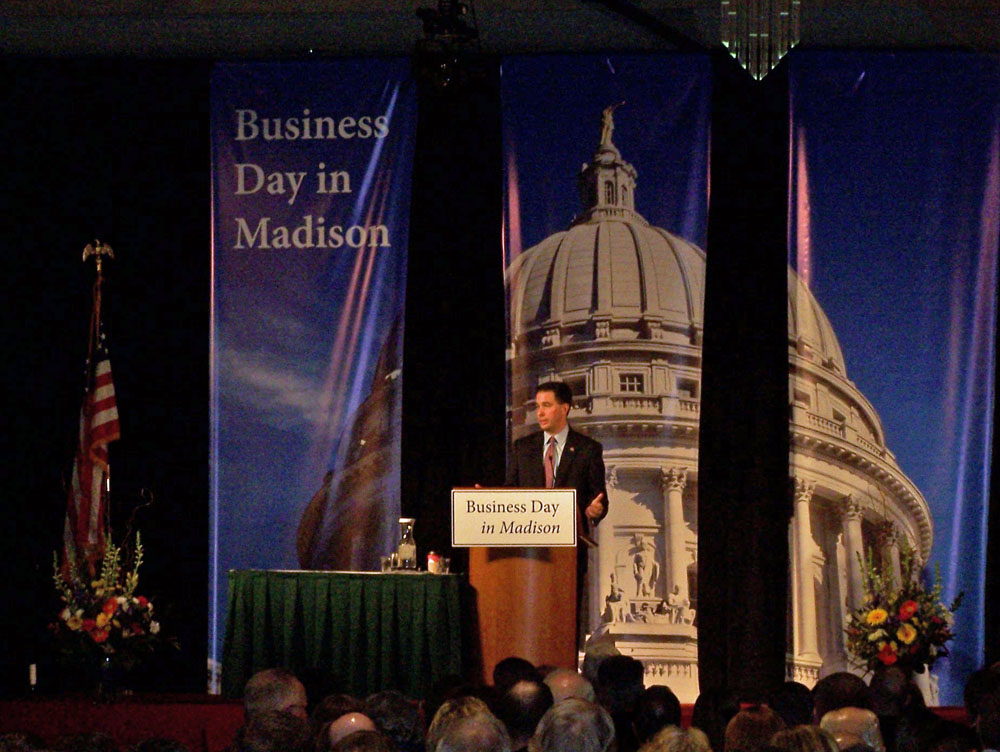 Wisconsin will not accept federal funding to expand its Medicaid programs, under a proposal unveiled by Governor Scott Walker Wednesday.

Instead of expanding BadgerCare, Walker wants to tighten eligibility requirements and shift more people to federal health exchanges that are due to start in 2014. Walker says the hybrid approach will reduce the state’s uninsured adult population by almost 50 percent, or by 224,580 people.

Walker admitted Wednesday that the approach would not cover as many people as a federal expansion would have, which has been projected at about 252,000 people being able to obtain subsidized coverage. However, Walker says his plan will allow the state to “determine its own destiny, and not be reliant on the federal government” while still making sure many people can obtain coverage.

Advocates for an expansion of Medicaid have argued the move would be backed by full federal funding and could save the state over $65 million. Governor Walker responded to those arguments Wednesday by pointing to the federal deficit, and questioning how long it would be before Congress starts taking away that money and shifting a greater burden of the costs on to states.

Under Walker’s plan, income guidelines for BadgerCare would be reduced to the federal poverty line. Non-elderly, non-disabled adults living at up to 138-percent of the federal poverty line would then receive federal subsidies to purchase insurance through the exchange system. Walker says it reduces the number of people reliant on government assistance by having them covered by private insurance.

Democrats were quick to attack Walker’s proposal, with state Representative Jon Richards (D-Milwaukee) calling it a major step back that makes it hard for people to qualify for BadgerCare. Richards noted that the plan relies heavily on the health exchanges set up under ObamaCare, which he says Walker has “done everything in his power” to keep from working properly for Wisconsin.

Also on Wednesday, Governor Walker outlined a number of other reforms to state entitlement programs he says are aimed at giving people in need a hand-up, instead of a permanent handout. One of those would be to require almost 75,875 childless able-bodied adults currently on food stamps to take advantage of worker training programs in order to keep receiving those benefits.

Another change is for individuals receiving unemployment compensation insurance, who will need to apply for a job at least four times a week to continue receiving benefits. Currently, those individuals are required to go out looking for work at least twice a week.

The governor’s proposals will be included in the state budget he presents to lawmakers next week.