You are here: Home / Brewers / Shaky outing for Fiers 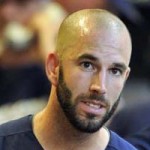 the Milwaukee Brewers had to be excited about.  The Brewers fell to the Chicago White Sox 8-3 in Cactus League baseball action.

Chris Sale pitched 7-solid innings for the White Sox, while Brewers starter Mike Fiers was roughed up for 7-runs and 8-hits in just three innings.

The Brewers will face the Cubs in Phoenix today.

Before today’s game against the Cubs, the Brewers organization will present the championship rings to their Single-A affiliate Wisconsin Timber Rattlers who captured the 2012 Midwest League Championship.