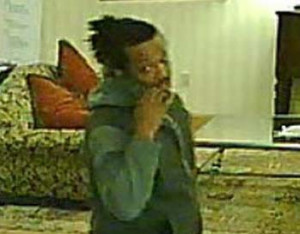 Madison police confirmed the arrest Thursday of a dangerous fugitive from Illinois. Paris Poe had been the subject of a daylong manhunt in Madison and surrounding communities. According to an incident report, the 33 year-old Chicago man was taken into custody “following a high risk traffic stop” by a SWAT team on the city’s east side (on Highway 30 between Fair Oaks Ave. and Highway 51) shortly after 7:00 p.m.

Poe, described as “extremely dangerous,” was wanted in a federal murder investigation. He was spotted at a hotel in Fitchburg. Police from several local agencies and the FBI converged on the area. Schools were locked down, and automated calls were made to residents in a three-mile radius of the hotel to alert them to the situation.