The weather, while it got hot as the morning went along on Sunday, was not nearly as 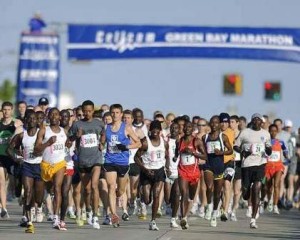 bad as last year during the Cellcom Green Bay Marathon.

Temperatures started a bit on the cool side when the race started at 7am.  Runners ran into some warmer conditions as the race went on, but for the most part, things went off without a hitch.

Race officials say at least three runners were transported to hospitals, one for cardiac arrest and two for overheating.

Prior to the start of Sunday’s event, runners took part in a tribute to the Boston Marathon bombing victims.