You are here: Home / Education / Next batch of cartoonists a quick study 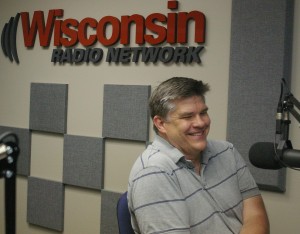 A professional artist teaches kids in his hometown of Madison as a way to give back to the community. Jeff Butler remembers the beginning of his career in the early 1980s when Madison was a “hotbed” of comic book art, a phenomenon that has since waned. The artist, whose work spans from comics to video games, decided recently to start teaching as way to “pay back some of the stuff I had learned.”

Butler teaches, at Madison College, a daily four-hour Boot Camp for Cartoonists for middle school and high school students. “I’m absolutely flabbergasted at how good these students are,” says Butler, an alum of Madison College and UW-Madison.

Butler says a reason these kids pick it up so quickly is due in large part to the internet and the information accessible from it. He also teaches adults in a separate continuing education course but admits it’s the kids who learn really quickly.

AUDIO: Butler speaking about next generation of artists (2:30)