You are here: Home / Sports / Bucks acquire pair of 2nd round picks in Redick deal

In a sign and trade deal, the Milwaukee Bucks signed guard J.J. Redick to a 4-year 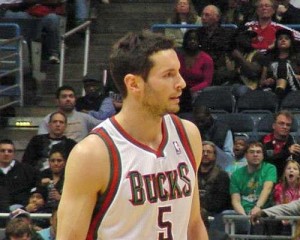 deal worth $27-million.  The Bucks then sent Redick to the Los Angeles Clippers in a 3-team deal that nets the Bucks a pair of 2nd round picks next year.

Redick came to the Bucks in a late season trade with Orlando last season.  In just 32 games (28 regular season), Redick averaged 12.3 points and struggled to a 31.8% three-point shooting, far below his career average.