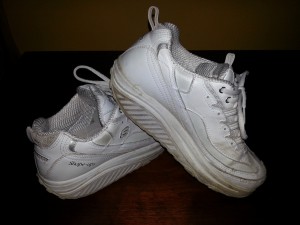 More than a half million people in the United States — about 10,000 in Wisconsin — are receiving checks after having bought so-called toning shoes from Skechers.

Wisconsin Attorney General J.B. Van Hollen calls it a success story. “It’s my understanding that checks are just now starting to roll out. I think the checks are averaging about $67.00 a piece. Almost $720,000 is being returned to Wisconsin consumers.”

Wisconsin joined 43 other states, the District of Columbia and the Federal Trade Commission (FTC) last year in a $40 million settlement with Skechers. False advertising is the basis of the case.

The federal government and everyone involved “looked at Skechers for making claims that their various lines of rocker-bottom shoes had health benefits and they had no evidence to back that up.” Van Hollen says the Department of Justice strives to keep “wrongdoers” in check, and seeks restitution for those who’ve been wronged. “I think it’s very important that consumers can trust that if they’re seeing advertising for benefits of something, they can believe that can be true because if we’re not their watchdogs, who’s going to be?”

People expecting refunds will get approximately $34.00, depending on the number and type of shoe purchased. Another $5 million goes to the states involved in the case — largely for the cost of litigation. According to Van Hollen, Wisconsin was one of the lead litigators, therefore will get a greater portion of that payout to cover attorneys fees and other expenses.

In addition to deceptive health claims, some critics argued Skechers’ rocker-bottom shoes were unstable and could potentially cause injury.