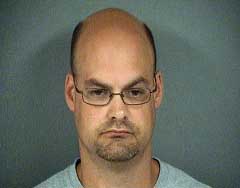 A police officer is being charged with three felony crimes. Wisconsin Rapids Lieutenant Steven Daniel Lowe is being held in the Wood County jail on a $20,000 cash bond. He’s under investigation for possible child enticement, child exploitation, and the use of a computer to facilitate a sex crime.

Police Chief Kurt Heuer placed Lowe on paid administrative leave early Thursday, but by mid afternoon, Lowe resigned from the department. The case is being investigated by the Wisconsin Department of Justice Division of Criminal Investigation. Neither Heuer or the DOJ would comment on the investigation. The case is being handled by a judge and special prosecutor from Sauk County.