You are here: Home / News / 2013 in Review: Rewriting mining legislation 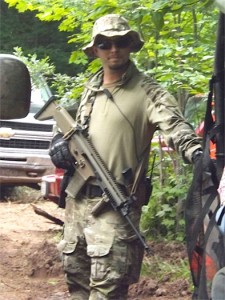 Controversial legislation overhauling Wisconsin’s mining regulations was put on the fast track at the Capitol this year and quickly became law, despite strong opposition.

Governor Scott Walker, in March, signed into law legislation that eases the permitting process for a possible open pit iron ore mine in northern Wisconsin’s Penokee Range, saying the mine will bring hundreds of jobs to one of the most economically challenged areas of the state — jobs at the mine and in supporting industries. “We’re talking about 3,000 jobs related to the construction statewide, about 2,800 jobs permanently,” Walker says, “It’s about $1.5 billion impact on Wisconsin’s economy. That’s a tremendous, tremendous impact.”

Democrats argued the measure would weaken environmental protections, and any jobs created would be for attorneys involved in “years of costly litigation.”

Gogebic Taconite wanted to develop the mega mine in Iron and Ashland counties, but argued state law was too restrictive. The company abandoned its plans when legislation that would have streamlined the mining approval process failed in the previous session.

In the new year Republicans promptly introduced a new bill, renewing Gogebic’s interest in the $1.5 billion project. Exploratory drilling got under way and controversy continued.

Anti-mining advocates verbally attacked workers and vandalize property at the mining site. In response, G-tac hired camouflage security guards armed with semi-automatic rifles. Representative Janet Bewley (D-Ashland) accused the company of “overreacting” in an area, she said, that had been “very peaceful.”

“They changed to this very dramatic, frightening, assault rifle-bearing, camo-wearing group from Arizona.”