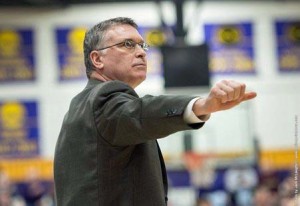 in the Pointers’ 61-60 win over UW-Stout in Menomonie, Wis. on Wednesday.

Semling is in his 9th season at UW-Stevens Point and now owns a 200-47 record.  He’s the 16th men’s basketball coach in Wisconsin Intercollegiate Athletic Conference (WIAC) history to reach the milestone.

The #1 ranked Pointers play at Superior on Saturday, looking to give Semling his record 201st victory and a 14-game win streak to start the season.