You are here: Home / News / Ryan’s take on State of the Union 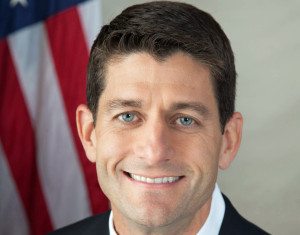 Congressman Paul Ryan critiques the State of the Union address. The Wisconsin Republican takes issue with President Barack Obama’s decision to give federal contract workers a raise in their minimum wage through an executive order. “There’s a little thing called the Constitution that prevents him from doing that, and it would be nice, since he and we in Congress swear an oath to protect the Constitution, that he acknowledges that,” said Ryan.

Ryan said the president did not do justice to the problems surrounding Obamacare. “He breezed through that issue too much, which tells me that they’re really not paying attention to the fact that people are paying a lot more for health insurance today, people are losing access to doctors, their losing insurance, not to mention all the problems with the website.”

Ryan thinks tax reform represents the issue with the best hope of compromise between House Republicans and the White House. “We’re working on that here in the House. I hope that the president’s mention of that issue means that there could be some progress made on that front.”

Obama is looking to get immigration reform done this year. “If the president is willing to go with the House plan, of moving in a step by step direction that guarentees security at the border, then that’s something that we can do and work with,” said Ryan. “I hope that he’s willing to do that. We will not do it the way they did it in the Senate.”