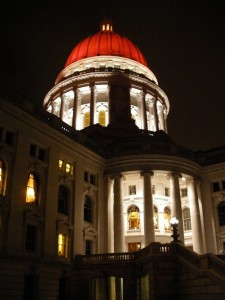 February is American Heart Month. Lindsay Scheidell  with the American Heart Association reminds us that the first Friday of every February is National Wear Red day to recognize that heart disease remains the number one killer of women.

People are being urged to learn the risks and warning signs of heart disease, which can stem from other diseases. “That why we really encourage people to have healthy lifestyle choices so they don’t get diabetes, so they’re not obese, so they don’t have high blood pressure.”

The majority of cardiac events could be prevented. That means getting proper nutrition, exercise, know your numbers and stop smoking.

Scheidell says people do recognize the color red as a symbol of heart disease, but the message itself isn’t as strong as it should be. Too many women continue to be affected by that disease.

“We’re ten years into the movement; we’ve made some great successes, but people still need to make those lifestyle changes.”

She says only one in five women actually believe heart disease is their greatest health risk. Today is National Wear Red day.

Governor Scott Walker is encouraging Wisconsinites to wear red today for National Wear Red Day. The Executive Residence will be lit red until midnight on Friday, February 7, in support of Wear Red Day.