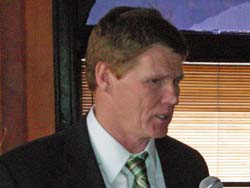 stadium bowl for the upcoming 2014 season.  The increase will be $3 for each seat throughout the general seating area.

According to team President and CEO Mark Murphy, “Our goal for ticket pricing is to be just below the League average.”  “With this increase, we project to rank 17th in average ticket price, which accomplishes the goal and maintains a fair visiting team contribution, as well.  We’re confident our top-rated Lambeau Field experience remains a great value for (ticket holders).”

With the $3 increases, tickets in respective areas in 2014 will cost:

The team also anticipates offering a “pay as we play” type of option for ticket holders that will have payment applied only when a game is certain to occur.  The Packers say a number of details are being worked through, and options for payment will be communicated when the procedures are finalized.