You are here: Home / News / Walker commits to holding line on property taxes 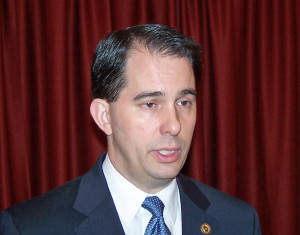 Walker’s commitment before the Wisconsin Realtors Association meeting in Madison was short on specifics – although he indicated taxes on the average home would be about a dollar less in 2018 than on bills mailed out this December.

Walker noted that property taxes increased some 27 percent in the ten years before he took office. He said he’s also not aware of any neighboring states offering similar property tax relief.