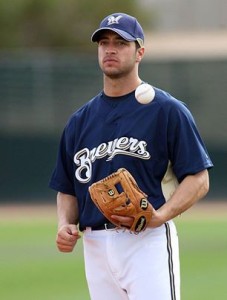 In four spring starts Garza is 1-3 with a 8.80 ERA.  Opposing hitters are batting .403 against him.  He’s scheduled to start the third game of the regular season, against the Atlanta Braves next week at Miller Park.

Ryan Braun clubbed a 3-run homer for the Brewers.

The two teams will play again this afternoon (1:10pm first pitch) at Miller Park, then the Brewers will get ready for the Atlanta Braves on opening day at Miller Park on Monday.