You are here: Home / Packers / Peppers gets 3-year deal with the Packers

The Green Bay Packers made their first outside move in free agency and it could be a big one. 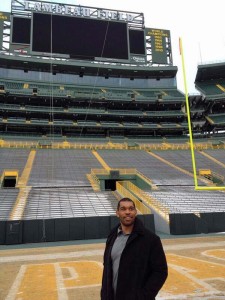 ESPN first reported this morning that 8-time Pro Bowler Julius Peppers has signed a three-year contract that could be worth as much as $30-million.  $7.5-million is guaranteed.

The Packers in effect will pay Peppers $8.5-million in the first year of the deal and if he plays to their level of satisfaction, the two sides would move into a second season at a slightly higher price.

While it’s Ted Thompson’s first signing outside of one of their own free agents, there’s no guarantee Peppers will produce like a big time player.  At 34-years of age, Peppers big days are behind him.  He was held to seven sacks last season.  But there’s also just as good a chance that Dom Capers will move Peppers around and create opportunities for him to be a productive player.

Moving to Green Bay and rushing the quarterback with the likes of Clay Matthews, could re-energize Peppers, who has lacked the energy and motivation to be an every down difference maker.

In four seasons in Chicago, Peppers started all 64 games and totaled 37.5 sacks.  He made the Pro Bowl in his first three seasons before missing out last year.

The move comes a day after the Packers re-signed B.J. Raji to a 1-year, $4-million contract.