You are here: Home / Education / DPI will not revoke license of Andrew Harris 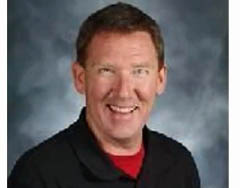 A middle school teacher accused of sharing explicit emails will not have his license revoked by the Wisconsin Department of Public Instruction. Andrew Harris was a seventh-grade teacher at Glacier Creek Middle School when he was accused of sending and receiving the emails while on the job.

Arbitrators ruled the Middleton Cross Plains School District wrongly terminated Harris in 2010, and that he should be reinstated. He returned to the classroom in January, over the protests of some parents. Governor Scott Walker also asked the DPI to review the case and revoke Harris’ license, shortly after her returned to teaching.

DPI Director of Education Information Services John W. Johnson released a letter which stated that the accusations against Harris occurred prior to a 2011 change in state law which redefined immoral conduct.

While Andrew Harris’s conduct was highly inappropriate for an educator, it does not meet the legal definition of immoral conduct contained in the 2008-09 law. Specifically, the Department’s investigation confirmed the school district’s public statements that Andrew Harris’s conduct did not involve children in any manner. Similarly, the arbitrator who oversaw 18 days of hearings on this matter also determined that no students were involved and that no students could have seen the images. The arbitrator’s decision was upheld by the circuit court and Wisconsin Court of Appeals. Therefore, there is no probable cause that Andrew Harris violated the 2008-09 law, and the Department cannot pursue a revocation of Andrew Harris’s license at this time.