You are here: Home / Legislature / Pridemore not seeking reelection 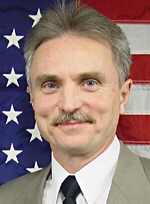 Another state lawmaker has announced plans to retire after his current term runs out at the end of the year. State Representative Don Pridemore (R-Erin) says he will not be seek reelection this fall.

In statement, Pridemore thanked his constituents for their support over his past decade in office. Pridemore said “I have never believed that elected office should evolve into a long career. One criticism of too many elected officials is that they do not know when to move on. Now is my time. I have really enjoyed my time in the Assembly and I have met some wonderful people. I am especially grateful for all the opportunities I have had to meet and work with so many dedicated leaders and citizens of this great state. I leave the Assembly in good hands.”

Pridemore was a frequent critic of education policy in state and ran unsuccessfully against state Superintendent of Public Instruction Tony Evers in 2013. He served four terms representing the state’s 99th District and currently represents the 22nd District.

Pridemore is the 18th member of the state Assembly and the 12th Republican member of the chamber to announce they do not plan to seek reelection this fall.