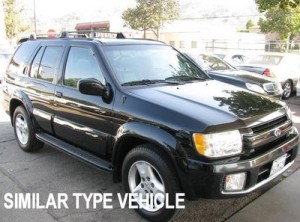 Two motorcyclists, 18-year-old Devin Julius and 24-year-old Mitchell Vance, were killed when the SUV crossed the centerline near Old Humes Road a little before 8:00 o’clock. The sheriff’s office is hoping someone sees the damaged vehicle and reports it to authorities.