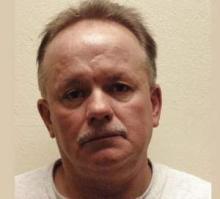 A convicted murderer will spend another two years in prison, for escaping from a minimum security lockup during a work detail in the Northwoods last fall.

55-year-old Todd Brecht was close to having a parole hearing when he left a job at the Saint Germain Golf Course last October first. Prosecutors said friends helped him get to Duluth-Superior and board a bus to Orlando Florida, where he was captured three days after he escaped.

Brecht also got an additional two years of extended supervision, after he had pleaded guilty to an Oneida County escape charge and apologized for his escape.

His public defender said Brecht had a good prison record, and it led him to be considered for a work term at the McNaughton prison. The state corrections department will now decide how and where Brecht will complete his prison time.

Brecht was convicted in the 1985 shooting death of his brother-in-law, then Buffalo County District Attorney Roger Hartman. He claimed it was an accident, and challenged his conviction all the way to the U.S. Supreme Court, before the justices upheld it by one vote in 1993.