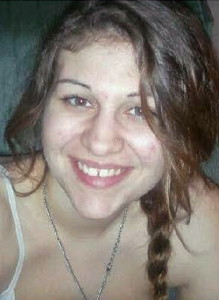 Investigators in Janesville have identified the body of a woman found behind a building near the Rock River early Monday morning. Police Chief David Moore says an autopsy shows 21-year-old Britney Cross died from a blunt impact head injury.

Moore says the “lone suspect” in the case is 28-year-old Clayton Courtney, who was in a relationship with the victim. Courtney has been in police custody since Sunday night after he allegedly stabbed a housemate multiple times, leaving the man with near-fatal wounds. Courtney also reportedly said during the attack that he had already killed three people on Sunday, prompting the investigation that resulted in the discovery of Cross’ body.

Courtney is already being held on attempted homicide and other charges, which Moore says has afforded them time to conduct their investigation “without concern of Mr. Courtney being a threat to the community.”

Police are asking for the public’s help retracing Courtney and Cross’ steps before Sunday evening. Moore says they are also still following up on claims Courtney made that he had killed other people, but so far have found no evidence that there may be additional victims.