You are here: Home / Crime / Courts / No contest plea in murder for hire case 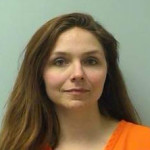 The Merrill woman accused of trying to hire a man to kill her boyfriend has entered a no contest plea to the charges against her. The plea to a reduced charge of solicitation of homicide from 33-year-old Jessica Strom came during a hearing Friday in Marathon County court.

Special Prosecutor Ralph Uttke says he amended the charge because the proof standard was a little less and the facts of the case fit the charge quite well. Entering into the plea agreement also avoids a jury trial.

Strom was facing up to 60 years in prison. Under the new charge, the maximum sentence would be just over 12 years, with about seven years in prison followed by extended supervision.

A presentence investigation was ordered by Judge Neal Neilson. A sentencing date will be determined next week.