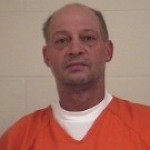 Investigators in northwestern Wisconsin have arrested a man following the discovery of a sophisticated indoor marijuana growing operation in Hayward. The Sawyer County Sheriff’s Office says 56-year-old Steven Miller of Stoddard in Vernon County was arrested there, following the execution of simultaneous search warrants of properties he owned in both communities.

The Vernon County Sheriff’s Office had received information related to drug trafficking involving local high school students and had been pursuing various leads. Their investigation led to a house in Hayward owned by Miller. At the Hayward home, investigators discovered a sophisticated indoor hydroponic marijuana grow site with approximately 67 plants in various stages of growth. At the Stoddard site, Investigators discovered processed marijuana, along with guns and cash.

This is an ongoing case as Investigators continue to pursue leads developed during Friday’s searches. At least two more Wisconsin counties have been linked to this case. More arrests may be forthcoming.