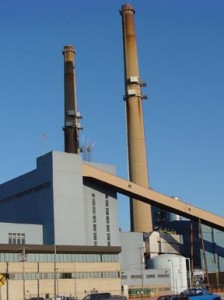 The Obama administration on Monday announced one of the strongest actions ever taken to fight climate change, a proposed regulation to cut carbon pollution from the nation’s power plants 30 percent from 2005 levels by 2030.

The action by the Environmental Protection Agency is drawing varied reactions, including predictions of increased costs and lost jobs from Scott Manley of Wisconsin Manufacturers and Commerce. “There was a study done by the United States Chamber of Commerce that said in the five state upper midwest region where Wisconsin is located, we’re looking at losing 31,700 jobs,” said Manley.

But Keith Reopelle, senior policy director for Clean Wisconsin, said those projections are unfounded, and EPA analysis shows a slight decrease in utility rates. “I think the biggest determinant of that is how each utility and each state responds to the carbon limit, and the different paths they take,” Reopelle said.

WMC’s Manley contends the actions by the U.S. won’t mean much, if other nations don’t act. “In other words, if every time the United States reduces a ton of carbon dioxide emissions because of the EPA’s rule, we’ll have six tons increased elsewhere,” he said.

But Reopelle said the U.S. will now have leverage to get reductions from countries like China and India. “These carbon limits on power plants were the cornerstone, but another part of his (Obama’s) plan was to use this action on the part of the U.S. to leverage action on the part of countries like China and India. It’s not as though he’s not paying attention to the rest of the world here.”