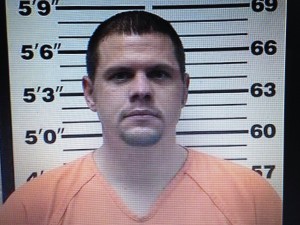 A chase involving a man who repeatedly fled from sheriff’s deputies over the past several days is in custody following a shootout in Dunn County on Tuesday.

The Pioneer Press reports that Jared Brendel of Dallas fired multiple times at deputies after they made contact with the vehicle he was driving in an effort to immobilize it, sending it into a ditch. Neither Brendel or any deputies were struck by the gunfire, although one deputy suffered minor injuries from flying glass fragments.

Law enforcement had initially made contact with the 32-year-old Brendel on the evening of May 23, when Barron County deputies attempted to pull him over. Brendel was able to elude them on foot following the ensuing high-speed chase.

Monday afternoon, the sheriff’s office received a report that Brendel was armed and outside a residence in the Dallas area. He reportedly fled and wasn’t found in a search by several law enforcement agencies.

Tuesday’s ten-mile chase of a vehicle which Brendel reportedly had stolen ended around 11:30 a.m. with the shootout. Brendel was taken into custody and remained in the Dunn County Jail on Tuesday night.