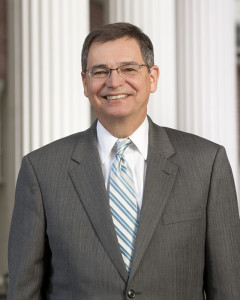 The next chancellor of UW-Green Bay is leaving a larger university, and a bigger paycheck, for his new job.

UW officials names 60-year-old Gary Miller to the position on Monday. Miller is currently the chancellor of the University of North Carolina-Wilmington. He beat out about 60 other applicants for the position at UW-Green Bay.Miller says he sees his new job as an opportunity to find innovative ways to educate students, in a changing world. He says the school’s philosophy that encourages different perspectives in learning, attracted him to the school. He also liked the community.Miller starts as UW-Green Bay’s chancellor in August. He’s replacing Tom Harden, who announced late last year that he’s stepping down.