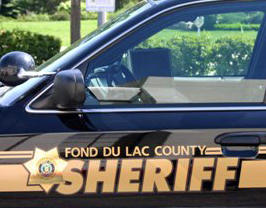 Questions remain after a fatal accident on Highway 23 east of Ripon Wednesday afternoon. A 63-year-old woman died at the scene when another driver rear-ended a pickup truck at a stop sign, pushing it head-on into the victim’s Toyota Prius.

Fond du Lac County Sheriff’s Captain Rick Olig said they need to learn why 25-year-old Heather Cleveland hit the truck. “Was she inattentive, was she texting, was anything else involved. What was the westbound driver doing that would have caused the crash? It’s an open area. It’s straight, its level. There’s really not any obstructions and she drives right into a pickup truck.”

The victim is identified as Linda Trotter of Ripon. Cleveland is in serious condition at a Neenah hospital. Paramedics treated the driver of the truck, 33-year-old Waylon Zrinsky, at the scene, and he left before deputies could speak with him. Olig said the crash could have been more serious for the surviving drivers had it not been for their seat belts.