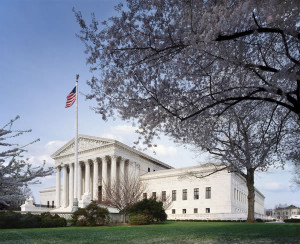 The United States Supreme Court strikes down a Massachusetts law requiring protesters to remain 35 feet away from abortion clinic entrances, ruling that creating such a buffer zone is unconstitutional.

Matt Sande, Legislative Director of Pro-Life Wisconsin, calls it a major victory for pro-lifers — and those who support free speech rights. “In his majority opinion, Chief Justice John Roberts explained the law violated first amendment free speech rights by restricting “access to ‘public way[s] and ‘sidewalks,’ places that have traditionally been open for speech activities and that the Court has accordingly labeled ‘traditional public fora.'”

Sande says there are existing laws in place that could be enforced, if necessary, against demonstrators who directly impede individuals entering abortion facilities. Regardless of one’s opinion on abortion, he says, it is imperative that the civil liberties of those engaged in the debate are protected.

Sande says his group believes other laws and ordinances are vulnerable, following this ruling, including one in Madison. “Under that legal reasoning by the court, we believe at Pro Life Wisconsin that any buffer zone law — no matter its radius, no matter whether there is a floating bubble zone within it, no matter how it’s constructed — we believe that these buffer zones are legally vulnerable.”

Based on the High Court’s decision, Sande says he believes Madison’s new ordinance, creating various “bubbles” around the city, should be struck down. Anti-abortion groups have filed suit.

“At Planned Parenthood of Wisconsin, we work every day to make sure women receive the high quality healthcare they need in a safe, respectful environment- including abortion care. Ensuring the health and safety of our patients is central to our mission and fundamental to every person who works at Planned Parenthood of Wisconsin. A woman seeking health care should not be harassed, bullied, judged, or shamed by someone who opposes the decision she has made about her own pregnancy. Planned Parenthood is deeply committed to protecting the privacy and safety of patients and staff. As a leading provider of women’s health care in Wisconsin for almost 80 years, we will continue to provide our patients with the safe and legal heath care services they need and deserve.”