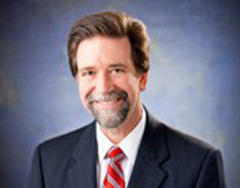 Cops will need a warrant to search your cell phone. The U.S. Supreme Court has ruled that police will usually need a warrant before they can search an arrested suspect’s cellphone. “We all can be happy as citizens, in that the Supreme Court unanimously affirmed the Fourth Amendment right to privacy in its application to modern technology,” said Ray Dall’Osto, a Milwaukee defense attorney.

“This is critical evidence which law enforcement will still be able to obtain with relative ease, it just means they’re going to have to have enough evidence to show probable cause, to get a warrant,” said Dall’Osto, noting that the warrant requirement was put in the Fourth Amendment to guard against unreasonable searches.

Dall’Osto – a former director of the ACLU in Wisconsin – says he’s particularly heartened to see conservative Justice Antonin Scalia sticking up for the Fourth Amendment in recent decisions.