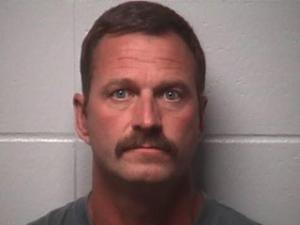 A man convicted in the death of his wife in Merrill will spend the next 35 years in prison before he’s eligible for release. Judge Jay Tlusty laid out the sentencing and his reasoning for it at a hearing Thursday in Lincoln County Court.  Mark Bucki was convicted back in April of first degree intentional homicide in the death of his estranged wife Anita Bucki.

At sentencing, Tlusty spent several minutes explaining the process Bucki would have to go through in order to convince the Department of Corrections board that he should be released after his 35 year term was up, and ensuring that the gallery understood that he himself could not make that determination from the bench today.

During arguments, district attorney Don Dunphy said Bucki was not remorseful, and that the nature of the crime and its attempted coverup was cold-blooded and planned.  “The murder was unprovoked and unjustified and the only motivations were lust and greed.”  He told the court that Bucki wanted his estranged wife Anita dead in order to prevent a divorce which could force him to turn over property to her.