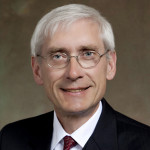 As Republicans echoed Governor Scott Walker’s call for the Legislature to take action quickly next session to repeal the use of Common Core educations standards in Wisconsin, the state’s chief education official argued for the need to stay the course.

In a statement released Friday morning, State Superintendent of Public Instruction Tony Evers says that Wisconsin’s Common Core Standard in English language arts and mathematics still have strong support among K-12 education leaders, teachers, and the business community. Evers says “Wisconsin’s teachers, parents, and children have spent the past four years implementing these standards, which our educators indisputably agree are more rigorous than our previous standards and still provide districts with the ability to select a local curriculum that fits their needs.”

Evers chalked up the renewed call to repeal Common Core, which came in a one line statement released by Governor Scott Walker on Thursday, to campaign season. “Not surprisingly,” Evers says, “politics trumps sound policy.”

Walker and opponents of Common Core have argued the state should abandon the national standards and craft a system that is tailored specifically for Wisconsin. However, Evers says “the notion that Wisconsin could simply repeal our standards or take a two year time out on our assessments not only runs counter to both state and federal law, it jeopardizes important reforms like educator effectiveness and school and district accountability. But most importantly, it brings chaos to our children and our classrooms.”

Evers says he will continue to stand with the state’s educators and focus on doing what’s best for Wisconsin students. “It’s time to keep politics out of the classroom and remain focused on what’s most important — delivering a college and career ready education to Wisconsin’s students.”