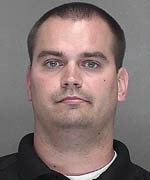 A teacher and coach at a Green Bay Lutheran school is accused of sexually assaulting a child.The Brown County sheriff’s department arrested 27-year-old Wayne Makela earlier this week on a series of potential charges, after investigators say they learned of a possible sexual assault of a child under 16-years-old.Makela is a fifth through eighth grade computer teacher and the youth director at Pilgrim Lutheran school. He also coaches boys basketball there, and he’s an assistant soccer and baseball coach at N.E.W. Lutheran High School.The sheriff’s department is recommending charges of second-degree sexual assault of a child, child enticement, and using a computer to facilitate a sex crime. Makela could also be charged with exposing a child to harmful materials, and sexual assault by a school staffer.