You are here: Home / Crime / Courts / Man sought in theft of stun gun from officer 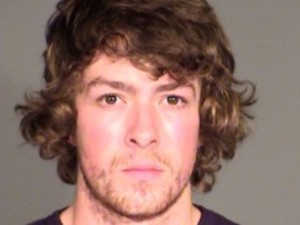 Fond du Lac County Sheriff’s officials are looking for a 22-year-old Eden man who got into a scuffle with a deputy who was investigating a noise complaint last Saturday in the Town of Ashford. Sheriff’s Captain Rick Olig said the incident happened early that morning on Elmore Drive. The deputy spotted some activity behind a vehicle and three men took off running. During the pursuit the deputy tried to use a stun gun on Colton O’Brien who struggled with the deputy, struck him in the face and body, then tried to remove the deputy’s handgun from its holster.

A 19-year-old Campbellsport man then got involved in the struggle, taking the deputy’s taser. Although the man pointed the taser at the deputy he didn’t fire. Instead he and O’Brien ran away. The Campbellsport man was taken into custody Wednesday and faces disarming a peace officer, resisting arrest and possession of electronic weapon charges. Olig says he talked to O’Brien Wednesday, but he opted not to turn himself in.

O’Brien faces charges of disarming a police officer, battery to a law enforcement officer and resisting arrest. He’s 6′ tall, 160 pounds with brown hair and brown eyes. Anyone who has seen him is asked to call the County Communications Center at (920)-929-3390.