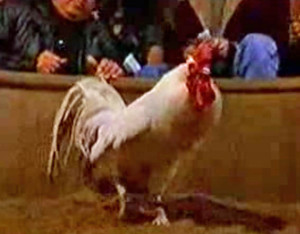 A plea deal may be in the works for a Weston man charged with running an illegal cock fighting operation. Bee Her, 35, is charged with seven felonies including animal fighting, mistreatment of animals, and multiple counts of running a gambling operation.

Police arrested him back in March after an anonymous tip lead to a raid at Her’s home, where they found wounded roosters used for fighting, $6,000 in cash, several guns, and evidence of illegal gambling activities including poker and gambling machines. A criminal complaint says he’s also got ties to a similar operation in Minnesota where charges are also pending.

A plea hearing is now set for August 15th in the case. Her is currently free on a $2,500 cash bond. Her faces a maximum of three and a half years in prison on each of the felony counts.